The sight of teenage school students on an excursion sitting down and weeping quietly, privately, viscerally. They were not expressing emotion, they were not overcome with emotion, they were not sharing their emotion. They were just experiencing the natural reaction of a joyous and gentle soul to the obscenity that was a part of the facts and truth of living memory to the grandparent's generation. The teacher was also having difficulty keeping it all back.

As a guest in Vietnam you will experience moments like these. Seeing the Vietnamese for who they truly are.  It is both profoundly beautiful and gives rise to a sense of admiration for the grace of an ancient yet newborn people  that courses throughout your entire body like a shiver. They are hard as nails but as soft as your mother's skin.

I was in Bunnings Hardware (think Canadian Tyre) this morning with "me old mate" from Vietnam. The bloke that served us was clearly ex military. He was small and wiry and smart. He was British SAS in Vietnam back in the day. He made some crack about Nanny State. I responded to this by saying           I just got back from Vietnam and
"Do you know what??!! They trusted us to drink on the train!!"
"When I was over there they fuckin kept shooting at me"
"They didn't shoot at me ! Ya must done somfin to upset them ya cunt!"
"Nah the NVA never shot at me coz they never knew where we were - it was the fuckin useless cunt Yanks."
I told him my first job in Tasmania I was trained how to work in the jungle by a British SAS guy who said almost exactly the same thing.
This awesome old warrior turned store clerk gave me the long "sit rep".

Pretty much this is how the game was played; He was around Nui Dat but travelled most of Vietnam. No point in keeping too close an eye on the NVA beyond troop numbers and condition. No point in observing where they were going because they would just vanish and turn up some place else. No point in engaging them in battle because there was no military point to such a stupid and dangerous exercise. The Americans were just going all Jack Flash and looking for a fight. The NVA only ever engaged them by choice. It would never devolve into a battle. The NVA would just light the yanks up. The Yanks shit themselves and call in air support. NVA would come in cozy right up close to the cowering Americans and after the airstrike would fuck off back through the blasted ground into the safety of cover. Any volunteer bush fire fighter would be completely familiar with the concept. how to get out of the Dead Man's zone. It is called "out of the green into the black".

So from this bloke's perspective his "sit rep" brief would be "Hide from the Americans."

Seeing the battle field from the perspective of the enemy.

I was a child when this was happening.

Let's get this straight right from the get go.  The Vietnam war was a civil war. foreign (wide eyed devils) involvement was a distraction. It got out of hand at times.

I have read Võ Nguyên Giáp and Hồ Chí Minh.

Obviously I have read von Clausewitz and all the rest of the crew.  "Me old mate" keeps chiding me; "NO NO NO you keep thinking like a Westerner."

To my mind the conflict was not played out in the classical mechanistic Western mindset of battle at all.

No point in putting lead or steel in the bodies of the enemy. They are very good at lead and steel and can feed and repair bodies. They even like to see a few of their comrades die because it makes their adrenaline go high and makes them feel like gangsters in a fiction.

Where they are weak is in their individual minds. In their collective organisation.

They decided instead to fuck with our minds and that is how they destroyed a million bucks worth of helicopter with a stick of bamboo. And hosed the occupants out with a cuppla rounds. Left them to shit themselves.

Mostly, however the game was to sucker the Americans into killing Vietnamese loyal to the opposite camp in the conflict. The most lethal weapon Võ Nguyên Giáp had at his disposal was the American Military.

I am no expert. I am really just having a wank here.

I could be much more specific and instructive about all this stuff but I refuse.

You wanna know about this stuff? Get off your fat arse. Pony up for a trip to Vietnam. Sure it is important to understand History! But do you understand why you care for the value of your own life right now? This very minute?

I could tell you more grim details about past wars lost and won. But I couldn't be fucked. If you really want to know go find out for yourself.

Actually NO ! This bit just sticks in my throat and I could never look in the mirror if I did never vomit this up and let us both look with revulsion at this obscenity. 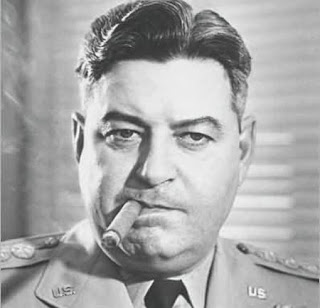 Even when I was a little kid I had neighbours in my village who were refugees from Dresden in Germany. They had also heard of this guy.

But realise also, that life is happening right now. Saigon has the most socially sophisticated night spots on the planet. Phu Quoc is the perfect spot to fake out, an over work nervous breakdown. Only risk is you will never be cured. You will continue to live there for ever. Who do you love ? Yourself or the boss?

Vietnam is like Australia was back in the 1950s.

I grew up in Tasmania where is is just fucking cold.

I remember the first time I stepped off a plane in the Pilbara it was like stepping into the mouth of a furnace. "Yes.. I will Never be cold again!!"

Stepping off a plane into Vietnam is like that but not just for the meteorological climate. It is also the intellectual and spiritual climate.

Those of you "wide eyed devils" who have stuck with this exposition so far will most probably be familiar with the poetry of Robert Service; Let me just beg of him an indulgence ;

you can guess the rest.

Hang on a minute weren’t we supposed to be talking about the fucking war ?

Posted by Mark Bolton at 5:12 AM No comments:

The unicorn ("Ly" - or "Lan") is like a dog in it's loyalty, inherent friendly nature and it's care for our well being and like the lion when driven to the extreme of his anger.

Would that we could have the attributes of both!!?

Both the Wardung and the Chitty Chitty can impart wisdom and warn of danger.

The unquiet spirits of our ancestors can flare up and bring great mischief. We "wide eyed devils" seem to have forgotten this manifest fact.

UPDATE: I did a task this morning and the Chitty Chitty followed me closely. This will confer good fortune upon my endeavour.
Posted by Mark Bolton at 3:33 PM No comments:

Is the best on the planet. Anthony Bourdain reckons the best one is in Hoi An. He is wrong about that.