These creatures are contained within silk structures. They wander about inside them and seem not to venture out. There are areas of trembling aspen leaves adjacent to the nest that appear to have been grazed 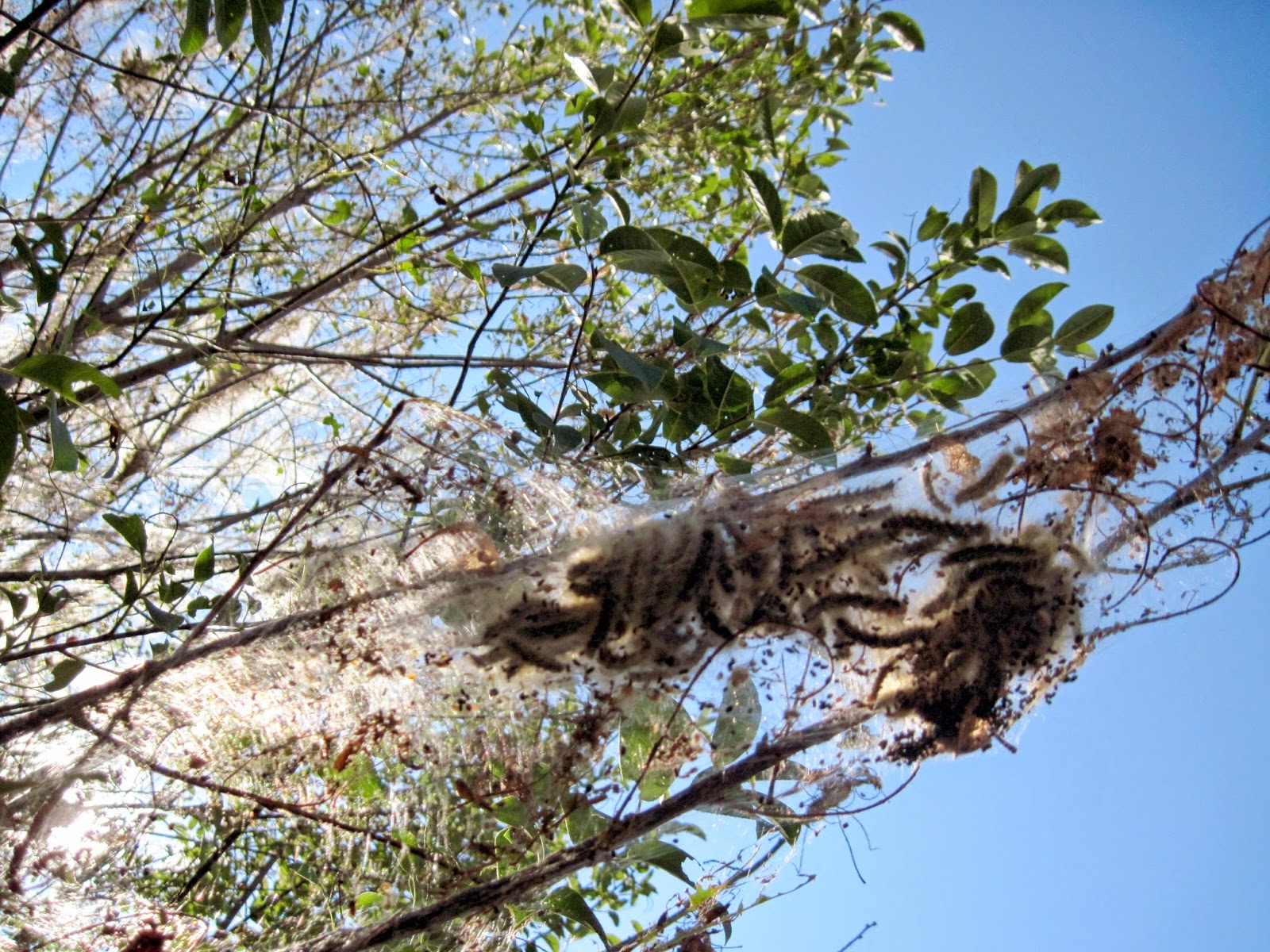 To call Canadians "friendly" implies volition. The congeniality they display is so innate and effortless  it almost passes unnoticed.  They are completely deadpan and very funny but inscrutable, to the extent you need to listen carefully to catch their drift.  A shared reminisce about youthful peltings of  US draft dodgers with crab apples, left me wondering if the point of the story was political or horticultural. 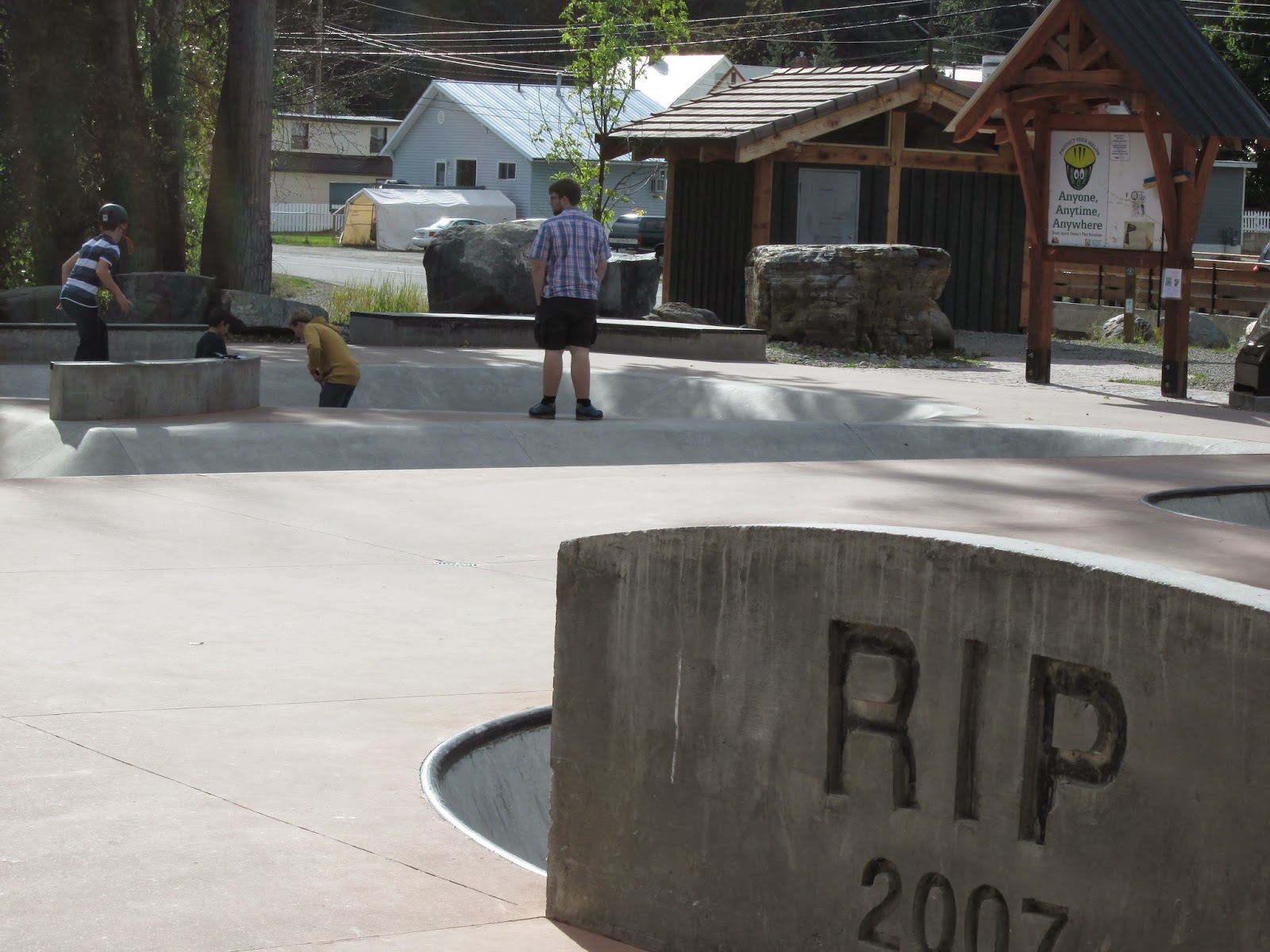 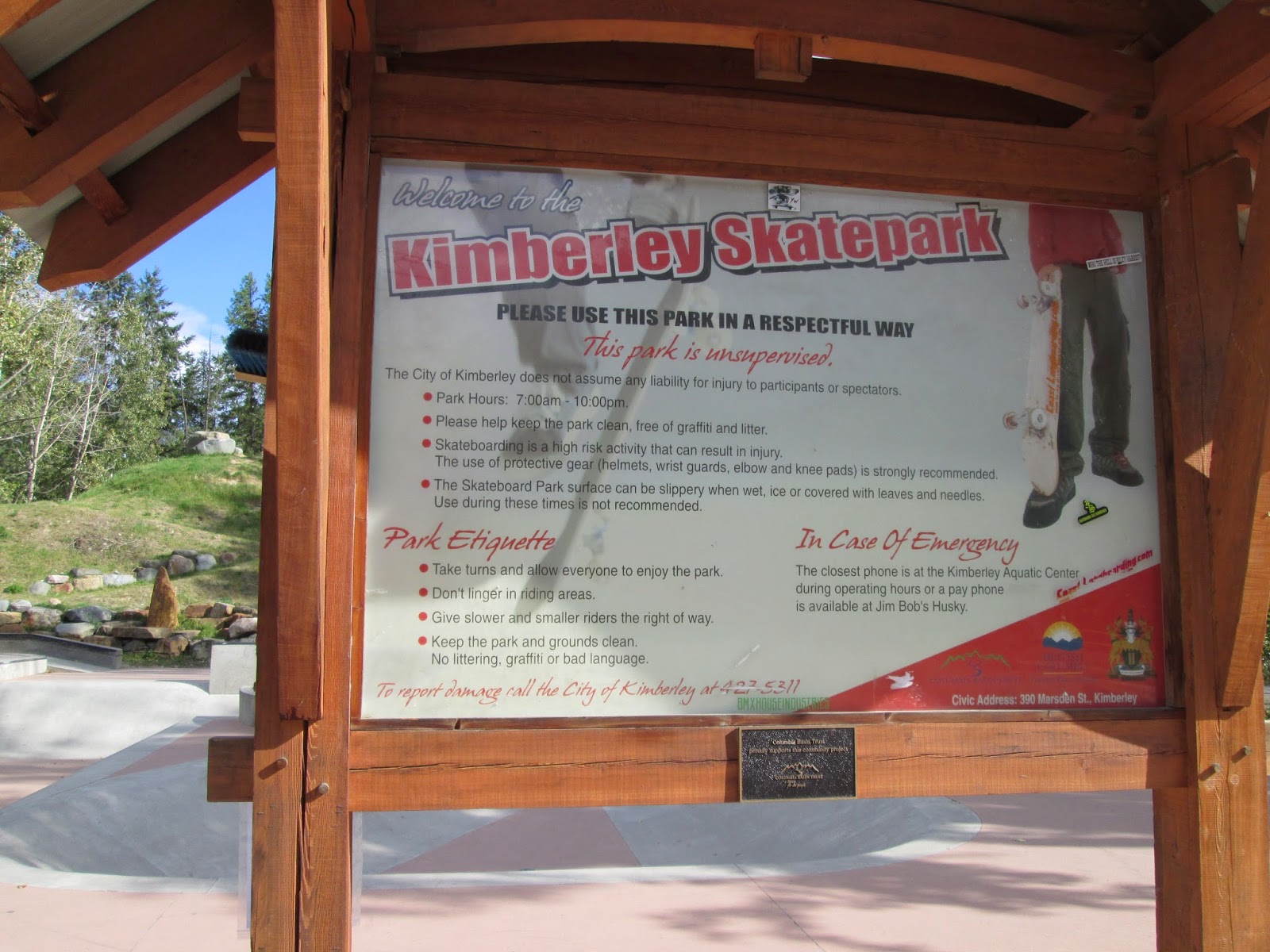 The local skate park was quite a shocker. The admonition to "Please use this park in a respectful way" was followed to the nth. Not scrap of paper or trace of graffiti. There is a broom leaning up against the sign which the kids use to keep the park spotless.

The R.I.P. is Bob McWhinnie who commands great respect in this community.

I was walking down the street and a guy hauled me into his house - he was desperate. He had done some home improvements and had a suspicion that there was a problem with tone matching.  Good job he landed on me ! I worked for Kodak for 12 years and have some background in such matters. He needed a disinterested 3rd party because all his circle would have bolstered his work. He needn't have been concerned - my imprimatur was right there. Hardly a surprise. He wouldn't have screwed up because he was Canadian.

But it soon stopped seeming weird. Pretty soon I was inviting myself into peoples houses because it looked like they needed help backing a trailer or some such.

It was bizarre and siren scary.  Canadian girls (18 - 30) in the flower of their prime don’t tart themselves up. A man's eye will pass over them and then double take and see the dignified cotton dress and the wild roses pinned in the hair and just go nuclear.

A Canadian museum curator will unceasingly see to your education in the most entertaining and delightful of ways.


I have fallen hopelessly in love with Canada and dream of claiming that I was raised by wolves in Yellowknife (or some such) that I could a piece of paper saying that I AM intrinsically Canadian and therefore cannot be be sent back to Oz because the word sounds scientific.
Posted by Mark Bolton at 11:37 PM No comments: