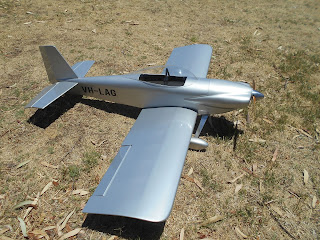 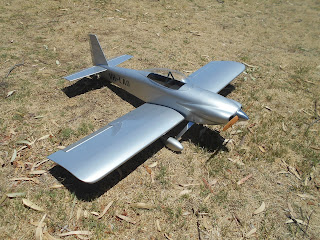 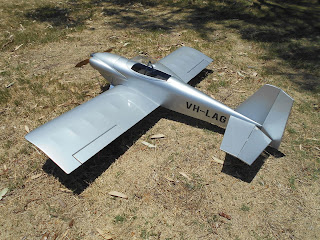 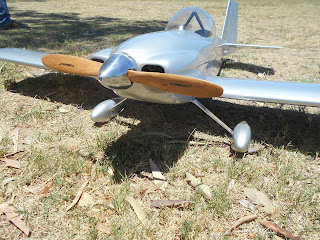 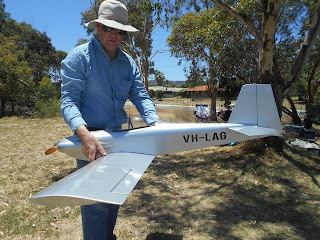 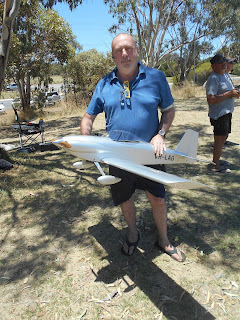 I built the clock and made one stupid mistake. I failed to ensure the nixies were snugly seated on the back board before soldering them. They are a little bit cock eyed. To fix them would require some really serious custom building of esoteric soldering hardware and the risk of damaging the nixies.

"Perfection is the Enemy of Good Enough. " we concluded.

I found it very difficult to solder the GPS daughter board since my eye sight isn't so good. LED 1 isn't going out and the 00:00:00 display isn't locking into a valid clock data stream.

"Once data is received, the microcontroller checks whether it is a GPS string and then writes the entire string to memory after a carriage return (CR) character is received. Then the checksum
of the received string is calculated and compared to the checksum in the string.
If the checksums match, the data is considered valid.

The GPS data acquisition process starts with the GPS string GPRMC output by the GPS module. The
initialization routine configures the module to send this string, all by itself, once per second. All other
GPS strings are disabled. The microcontroller polls the RS232 receive buffer to check for new
data. The internal watchdog keeps an eye on this, and if the RS232 data stream does not start
flowing after startup, it resets the microcontroller after about 1 minute. LED1 is lit during this 1-minute interval. Once a valid string is received, the RS232 data line is still monitored but in a different manner. Here again, if the LED is constantly lit there is a problem."

Most likely diagnosis is that the soldering isnt providing appropriate or contiguous connection.  Also possible the GPS unit was traumatized by the mounting / installation process.

First step will be to meter out the solder joins for continuity.

UPDATE: Sure enough James and I metered it out (after James filed a wickedly sharp point on the meter probes.) There was a bridge on one of the solder joins  - 0.00 Ohms on two leads VS nominal resistance .5 - 1 meg. Once the flux had been cleaned off, it was possible for me to see it with 4.5 reading glasses. James was able to see it through the unsullied eyes of unaided rude youth and innocence. Required a robust application of heat on a triangle of solder wick to get the excess off. Bover Boy Bolton on the Iron. Young James on Rimshot.

Then it started to work. "Boom Tish."

It was good fun fault finding with MOM James as ever. 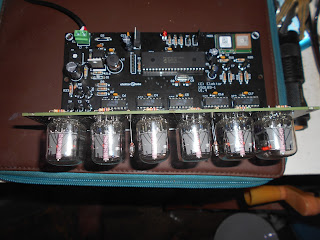 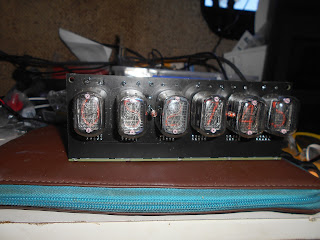 Our moving coil meters are not now, nor ever have been overthrown. Our Thermionic Field Effect Devices have an everlasting place in the pantheon of electronic technology.  The NIMO tube will never be forgotten, even though his numbers decline into the scorched velum of History, indeed if all Humanity becomes incognizant of the NIMO tube; which species suffers the greater loss?

It is not the gloss and frippery of fashionable and tech specsheet "flash in the pan" inconsequence we seek; Raw numbers do not provide an irrefutable indication of efficacy, much less elegance.

This is Western Civ at it's very marrow - whether we glean it as rich harvest from our communal garden plots or suck it out from amoung the stalks of basil and rosemary in the rich tomato paste that informs our Osso Bucco.

If your heart does not leap at this reminder of who we are and from whence. I can but offer you my most churlish pity edging on contempt.

"You blocks, you stones, you worse than senseless things" ..

I know none of you will fail in you're duty since it wasn't something inculcated by training. It was a virtue already stamped ineradicaably upon you're very soul.

Get a hair cut! (Shave it all off)  Learn to solder! Embrace the Robots in our midst as our righteous allies. Work out at the gym. Rediscover the Joys of Mathematics Physics and Chemistry that were flogged out of you by persnickety Lefty School marms.

"And the words of the Physicists were written on the subway walls."

Still the carpet baggers dominated the livelihoods of the proletariat. The Green / Left parasite kills the host.

But of course you already knew this. I have no doubt what so ever that you will acquit yourselves honorably - to a Man!

"The game's afoot; Follow your spirit: and upon this charge, Cry — God for Harry! England and Saint George! " 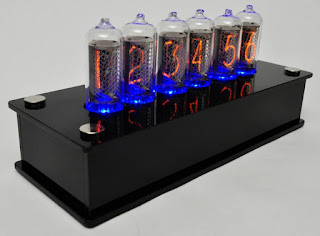 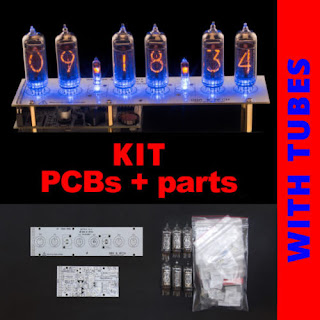 Email ThisBlogThis!Share to TwitterShare to FacebookShare to Pinterest
Labels: Electronics

The most appalling dog in Hoi An.

This canine chiaroscuro may cast some light. 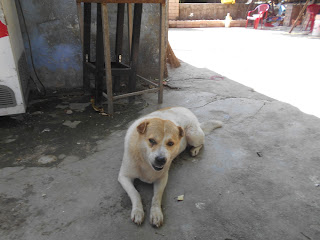 This dog never jumped up to "greet on me" in a door way .
When visiting In Western household ;

On the threshold of  The Round Eye house your first intimacy will be with all the dogs living in that house. Here is the courtesy required;

Of course all Round Eye when in thier own country delight in the ritual celebratory by of the Dog of the House exploring and glorying in the olfactory bliss that exists between the perineum (/pɛrɪˈniːəm/;[1] Late Latin, from Greek περίνεος perineos "space between the anus and scrotum" between the pubic symphysis (pubic arch) and the coccyx including the perineal /pɛrəˈniːəl/ body and surrounding structures of guests visiting the house at the threshold before making greeting exchange of gifts.

Lavish snorting, leaping and nuzzling accompanied by yelps of astonishment and delight are an indication that the meeting will proceed propitiously.

It is required of all guests to show respect to the threshold of the house by complimenting and holding forth with pleasant small talk acknowledging that the Dog is a fully anthropomorhised member of the household.

The dog has free reign to respond as it sees fit.

" Well he had never shown signs of scrotum ripping before. It must have been that he had had something done to him to STARTLE him".

*English verbs must always be invoked in the passive voice here.

*Mention of any bite or scratch injuries at this juncture are an absolute taboo. Any emergency medical assistance must be summoned in a way that the host can credibly disavow its occurrence.

* Allowing blood droplets to make themselves apparent on the threshold tiles must be whiped up by the guest and the Host will modestly affect a distraction. Even spurting exanguniation from severed femoral arteries needn't be an impediment to that all important first visit to the home of a Round Eye.

"Oh and welcome to my home. The parlor is this way."

Congratulations ! You  have been accepted in this cultural interchange. .

But back to Vietnam.

Though I present this creature as "The most appalling dog in Hoi An this dog is far less appalling than any of his Australian counterparts.  It Leaps not, nor does it snap and bite. Perhaps not so appalling after all ...

Well I cannot help but that every dog in Vietnam "gets the drift" ... nip a flank ... yap insanely .. any such gamesome folderol ; straight back into the carbon cycle - lickety split, the wheel of existence? " Gid eere!" , in the blink of Buddha's eye.

By contrast the exalted; 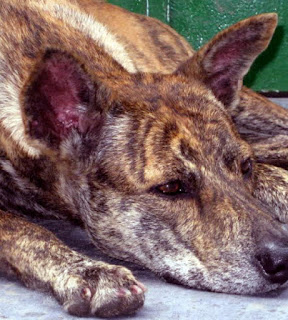 In "Princess and the Pea"  paradigm these dogs will die if taken off Phu Quoc.

I read that the record price paid for a Phu Quoc Ridgeback is 10 thousand Quid UK. I also saw how florid and ubiquitous money laundering was in Saigon. You would not believe how ridiculous a Porsche looks crawling along in Saigon traffic.

All I can say is that the dogs in Vietnam are not pestery sniffery, in noteworthy contrast they are upwardly gazing enchanting little chaps  ..these little guys feel the sword of Damocles perhaps? ... Their behavior is immaculate.. pour encourager les autres – "In this country, it is wise to kill an admiral (or an annoying dog- amounts to the same thing )  from time to time to encourage the others."

But no waste is made of their flesh..
Posted by Mark Bolton at 4:30 AM No comments: 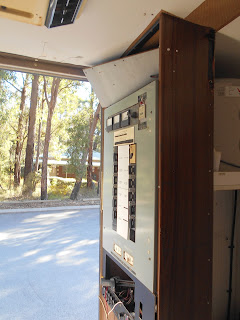 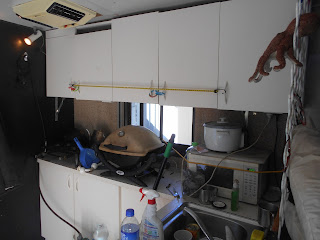 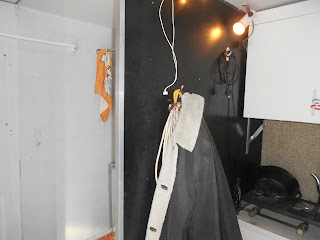 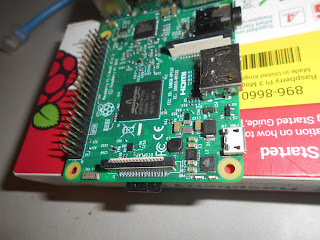 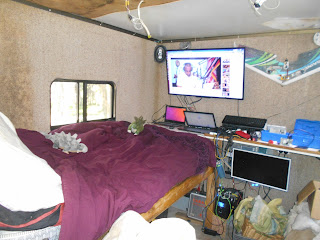 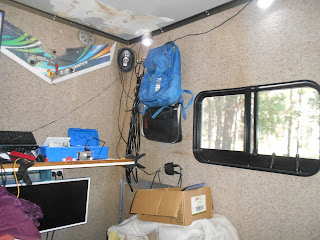 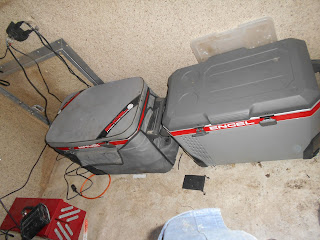 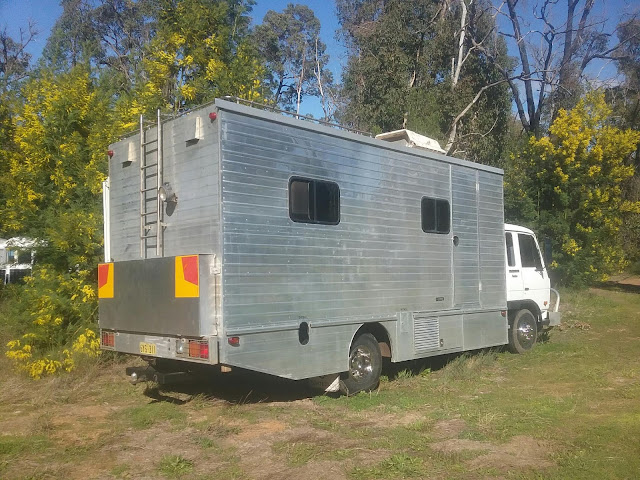 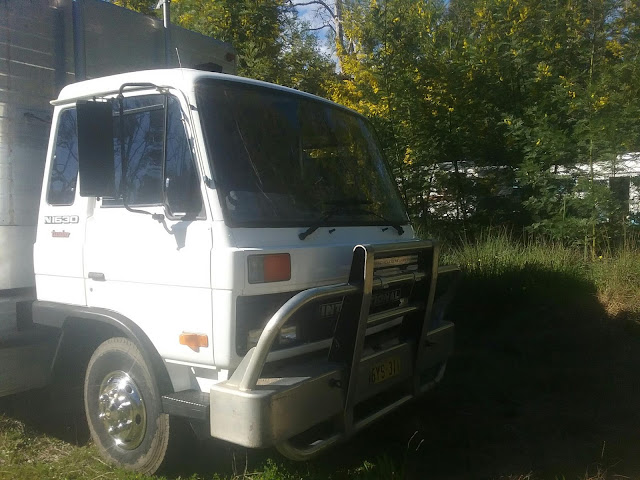 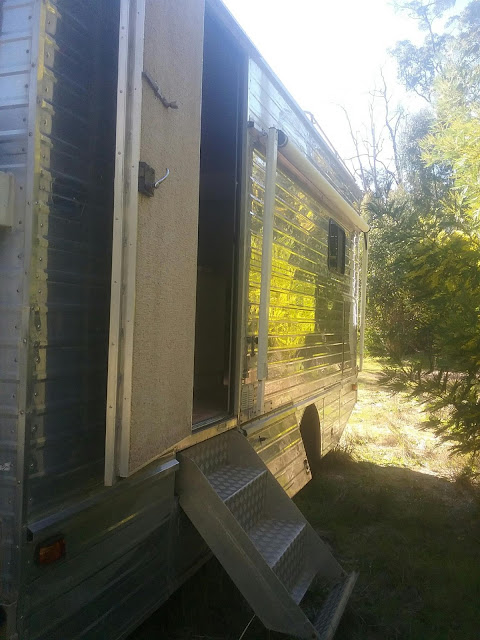 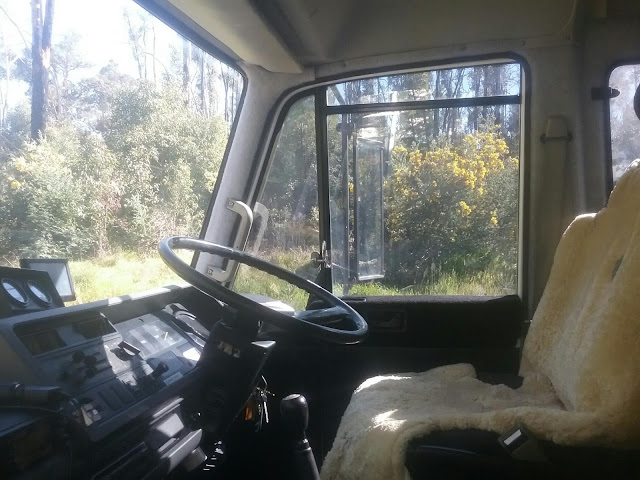 Posted by Mark Bolton at 9:05 PM No comments:

Email ThisBlogThis!Share to TwitterShare to FacebookShare to Pinterest
Labels: Accomodation 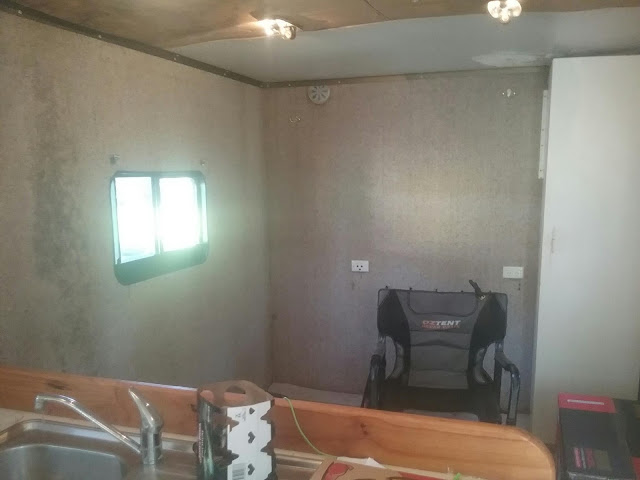 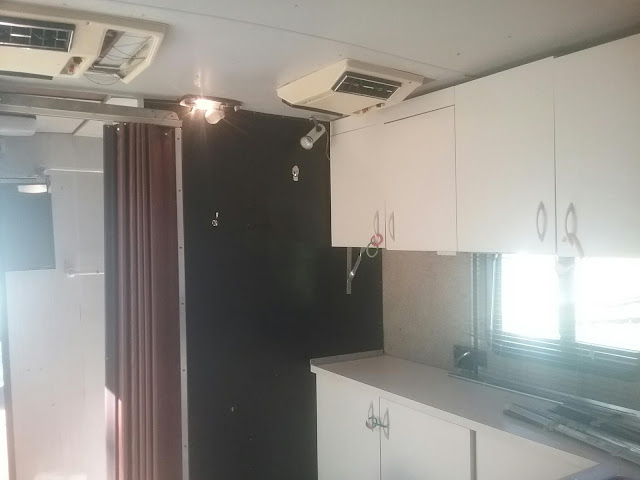 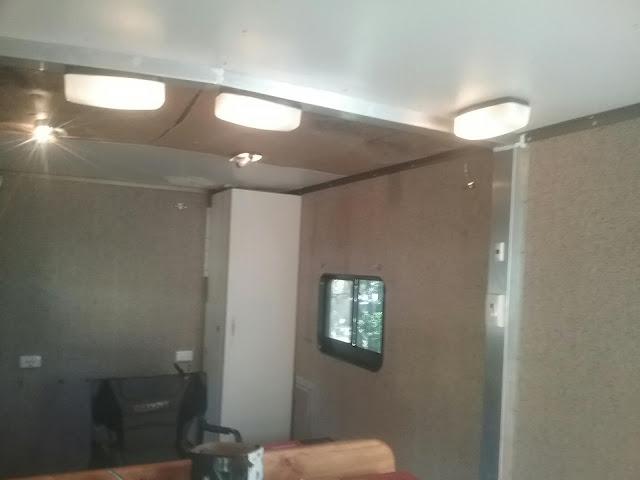 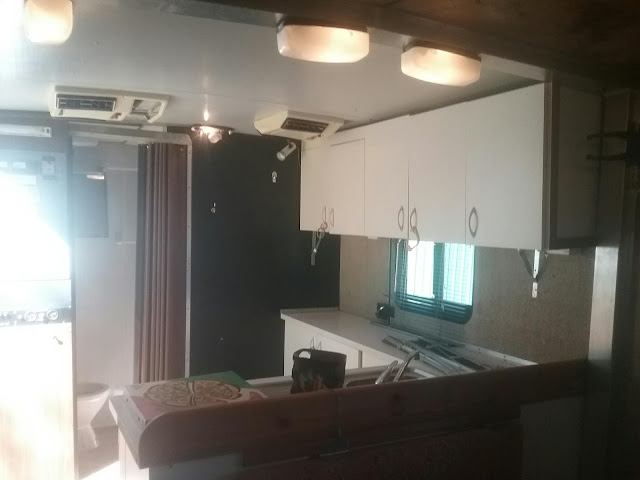 Posted by Mark Bolton at 9:05 PM No comments: 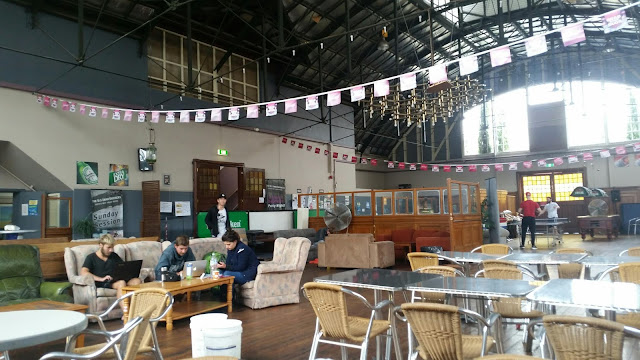 Posted by Mark Bolton at 7:54 PM No comments: