Is about 10 KMs South of the project I surveyed for Altona Mining. I was sitting there having a beer with the Senior Geologist when a bloke arrived in a jet ranger and landed it on the lawn. I was the only person who found this exceptional enough to go take a look. 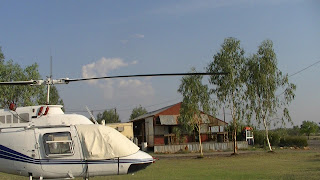 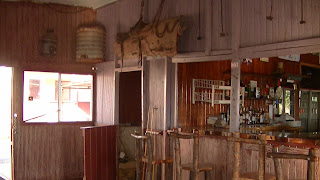 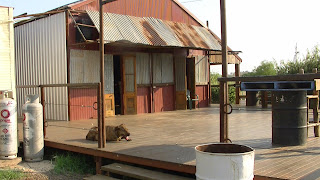 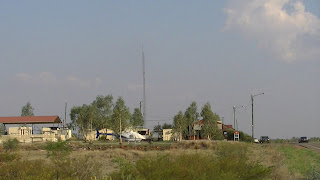 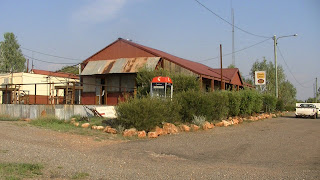 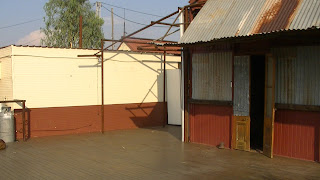 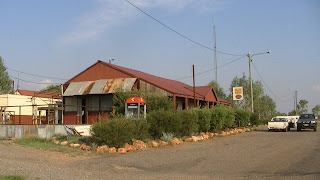 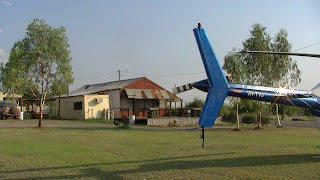 A few days later we were following one of the other Geos - Henry - when of a sudden a huge flock of electric green budgies flashed out of the bush straight into his Landcruiser. Puffs of feathers everywhere as the poor little buggers collided - nothing anyone could have done. Bless him for being a big hearted bloke, poor old Henry was well cut up.
Posted by Mark Bolton at 8:05 PM