1.5 kW of panels installed. Overkill on the solar perhaps but it barely suffices in overcast locations. Jn Melbourne on a Partly Cloudy day in June the Controller is Metering 1 - 2 kWh/day. This is not really enough to run anything but rather just stops the batteries running flat.

Update : Note the woefully inadequate mounting hardware on the solar panel roof fasteners. The rearmost offside panel has been replaced where that one panel flew off. More brackets were added to fasten down the inboard section. (Not shown) .. 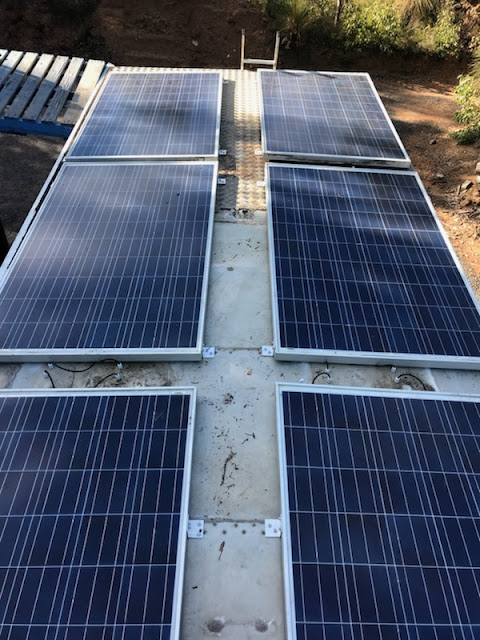 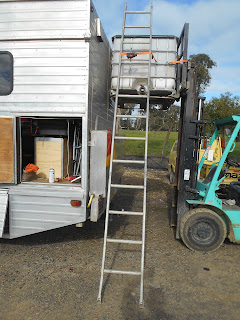 Replacing missing panel and reinforcing the mounting hardware on the rest.