A rather jolly train ride.

From Hue to Hoi An 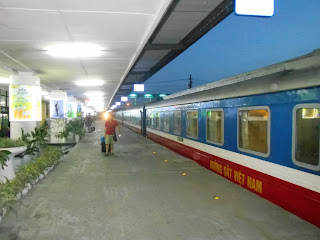 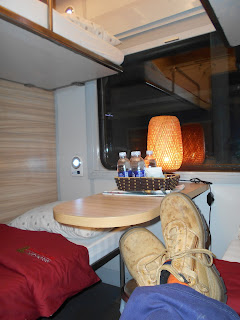 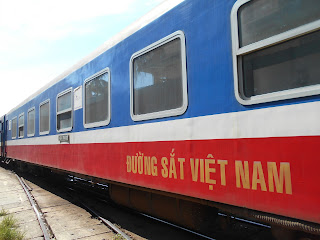 Now here is the wrinkle. Unlike countries where native savages swing from the vines in the jungle dressed in their traditional strap on phallic extension and armed with charge sheet and clipboard.  i.e. Australia. The Vietnamese are sanguine, approving even, about the liberal consumption of booze on a train trip. The chap that brings round "stuff" has ice and will let you have some. What you need to have already done at this stage of proceedings is to have purchased 2 bottles of Hanoi Vodka (cost negligible) , some Soda (bloody expensive), fruit syrup and identified the car most likely to party on (obviously not your own) and contributed the Vodka to the common weal.  That way the party kicks off and you can, join in or retire to your own civilized compartment, as the mood take you.  This is bloody living!!